Why haven't I written about the EDMUND FITZGERALD?

I am often asked that question. Or, I'm asked when am I going to write the story of the FITZ. ?

It's not as if I'm trying to ignore Big Fitz, the fact is that it was her wreck and Gordon Lightfoot's song that sparked my interest in the subject of the big lakers and the history of Great Lakes shipwrecks. Of course, when I was a kid every time we drove near the Saginaw River I'd scan my eyes from the car looking for lakeboats. "Nope," I'd often quip, "no boats daddy." Being a railroad engineer who worked the yard near the auto plants, my dad would see when a big boat was coming in and the following day find an excuse to drive across whatever bridge was near its dock just so I could shout "Lakeboat! Lakeboat!" But as I got to about the age of 11 spaceflight and aviation became my major focus. Then came November 10th, 1975.

That morning I got up to head off to Freeland High School which was located in the little farm town of the same name. There classes started about 6:50 in the morning. We were on half-day sessions and as a senior I was only attending for a single morning class; Russian History. After that I had an hour and a half before my Advanced Electronics class at the Career Opportunity Center (COC) in Saginaw began. I was finished there there at 11:00, so my school days were short and easy... well, if you can call Advanced Electronics "easy." Anyhow, upon leaving our home at 598 East Dawn Drive I exited through the overhead garage door and unwittingly didn't close the door all the way down. It was left open about a 8 inches to a foot. The wind was really coming up that morning and our home was in an area where new houses were soon to be built- so we were way out in the wide open!
That day the winds began to really scream and one of the tall antennas on the main office at the COC was blown down. They called on us advanced electronics boys to go up and fix it. The two guys who went up there were nearly blown off the roof and the principal, Mr. Parr, decided it was better to wait until the next day to do the repair. When I came home from school just before noon I saw the overhead garage door was flexing in and out with the wind. When I opened it to go inside, I was amazed to see that the back wall of the garage, right by the back door frame had been blown right off of the house's foundation! It was flapping in and out about six inches as each gust blew. So strong was the wind that it had come through the opening at the bottom of the front door and blown the wall off of the foundation! And our house was more than 240 miles from where the FITZ sank that night. My dad fixed the wall a few days later by driving a big lag bolt through the frame and down into the concrete foundation. My mom got rid of the house after dad passed away and the new folks completely remodeled it. My bet is that the bolt from the FITZ storm is still there.

Later the storm passed and the following day the news broke nation-wide that the EDMUND FITZGERALD had been lost with all hands. In the months that followed they would find her location with a P-3 Orion aircraft and later the Coast Guard would drop an camera down on her wreck. In between those events Gordon Lightfoot would compose a "filler" song to complete his "Summertime Dream" album- it was a haunting ballad called "The Wreck of the Edmund Fitzgerald." The song hit the charts and in the summer of 76 and also hit my soul. I began to ponder those big boats and wonder about their history. A year later, on August 2nd, 1977, I bought my first book about the subject, "Ships and Men of the Great Lakes" by Dwight Boyer.


To publishers of any sort it rapidly became clear that the FITZ was rapidly becoming legendary. Any book with her name or image or both on the cover would sell. Likewise any trinket or mug or T-shirt with a FITZ on it would sell. Even things as tasteless as EDMUND FITZGERALD Christmas decorations sold like hotcakes. To this day, it still works its sales magic. Once I was having lunch with my publisher and I made a joke about how I may write a Great Lakes lighthouse cookbook, Edmund Fitzgerald Edition... Mistake! He got this look in his eye like a politician sizing up a bag of cash. It took the rest of the meal for me to convince him that I wasn't really going to do that. Books about the FITZ came out over and over and even continue today.

That is why I've never written about the FITZ and why I never intend to do so.

When I first decided to write a book about the shipwrecks and events of the Great Lakes I set out to not write about what everyone else was writing about. The great storm of 1913, the storm of 1905, the Armistice Day storm, the CARL D. BRADLEY, the DANIEL J. MORRELL all have been recycled in print and video endlessly. Instead I decided to dig into the treasure trove of the obscure shipwrecks.

Of course, I haven't forgotten the FITZ, not at all. In fact at my wedding rehearsal, which was held at a nice Daytona Beach restaurant with a fellow quietly playing a guitar- the subject came up. The guy with the guitar asked if there were any requests? People mumbled and my wife-to-be gave me an elbow. Giving her a defiant gaze I said, "How 'bout the Wreck of the Edmund Fitzgerald?" After all it was November 11th and the prior evening at dinner, much to Teresa's embarrassment, I had stood up at 7:12 pm and raised a toast to the vessel and her crew- so I figured what the heck. Without a moment of hesitation the musician went into playing the best version of the song that anyone, aside from Gordon Lightfoot himself, could play. He got every note and every word right. He also got a standing ovation from the groom.

Thus, I have built and sailed my own EDMUND FITZGERALD. I almost sank her once, and have modified her 18 times. She resides front and center in my fleet of R/C lakers. And every November 10th at exactly 7:12pm I play the song and raise a toast to the remembrance of the vessel and her crew, then I go back into the stories of those who were lost on the lakes and forgotten.

Somebody has to do it... and that somebody is me.

Posted by Wes Oleszewski at 5:53 PM No comments:

SOME THINGS YOU CAN'T MONETIZE

When you're an author everyone believes that you don't work. 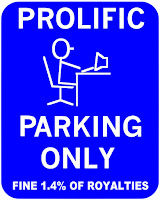 After all sitting chained to a keyboard nearly every day of the week, shuffling research papers, researching sources, reading obscure books to find forgotten facts and piecing together previously undocumented events and then putting all of that together into a written document that is tens of thousands of words long over the space of two years and getting paid for it- well, that just isn't working... right? Of course if you do exactly that while sitting in a cubical under banks of fluorescent lights in a huge office building while being lorded over by several layers of managers... now it's considered working.
To this day, my own wife of more than 30 years, who got together with me while I was writing my very first book and has now seen me produce and have published more than two dozen books, still seems to believe that they all have somehow written themselves while I just sat around, watched TV and ate snacks.

The intelectual quip then becomes, "author? Well how do you monetize that?" What's the reward? What's the payoff?

Not all things in life can be "monetized" here is a prime example:

THE FOLLOWING ARE PERSONAL MESSAGES REPRINTED HERE WITH PERMISSION FROM KOLE A. BROKKE- NOTE THE DATES! 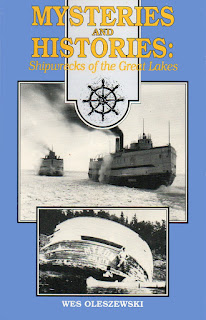 
Posted by Wes Oleszewski at 10:18 AM No comments: