Released in April or 2018 “The Great Lakes & World War II” was my 18th title published by Avery Color Studios since 1991. Although the book is 284 pages long containing 75,000 words and more than 90 amazing photos (hey… that’s a lot of stuff for $17.95 suggested retail), there are a lot of things surrounding the book, its contents and its production that are not in the book. I figured I’d put that stuff here.

First off… photos… I came across a metric ton of photos. Most were public domain stuff and some were from private collections, but not all would fit into the book, (in the immortal lyrics of Bob Seger, “…what to leave in, what to leave out,”

We released the book at the Willow Run airport because the Yankee Air Museum is working at preserving the Ford B-24 bomber plant's remains and turn it into a huge repository of historic aircraft. This bomber plant was one of the most amazing facilities in World War II. Thus we start with a bunch of photos that could not go into the book. 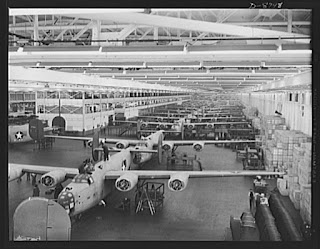 Early B-24Es nearing the end of the assembly line. 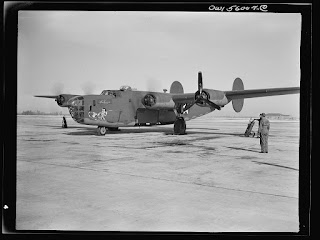 Engine start on the ramp at Willow Run 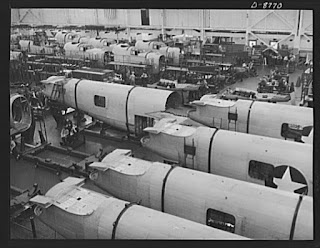 B-24 nose and tail modules being assembled. 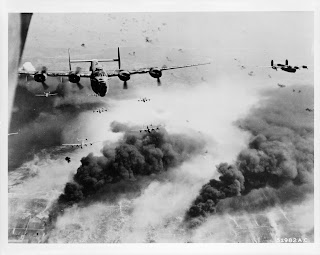 The B-24s doing what they were designed to do. 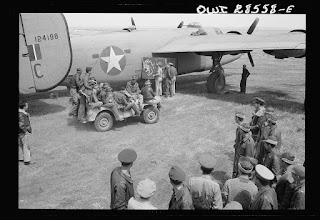 Combat crews being briefed for a B-24 raid. 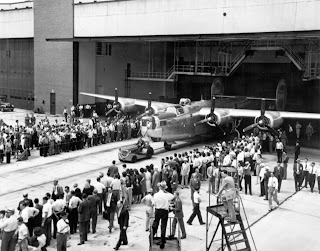 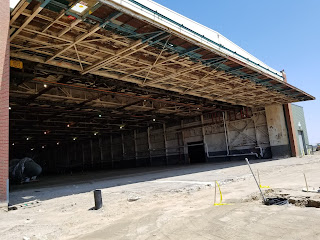 That same hangar in 2018 being converted to the Yankee Air Museum. 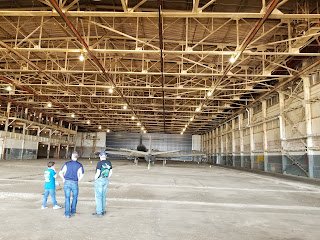 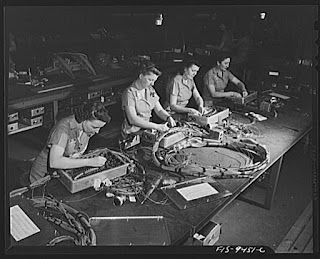 Standardized parts, such as wiring harnesses were key in mass-producing the B-24. 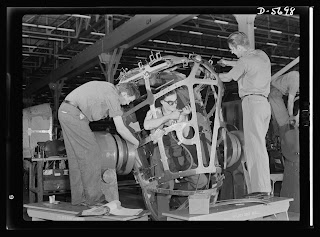 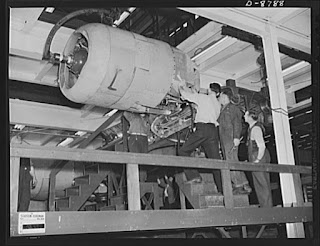 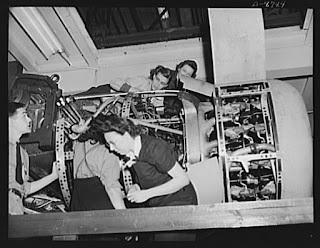 Willow Run was where the icon of "Rosie the Riveter" was born as thousands of female workers build bombers in shifts around the clock. 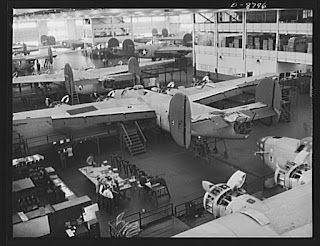 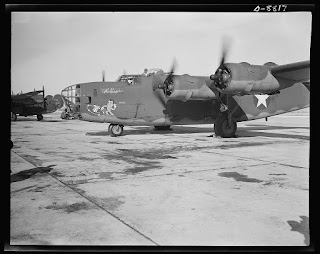 Each B-24 had to be test flow prior to being ferried to combat units. These early models had more than their share of flaws. Better quality control soon solved that problem. 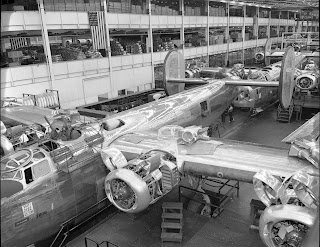 One of the changes that greatly sped production was the elimination of the OD paint scheme. It also save a good deal of weight and every pound saved meant more ammunition and bombs carried. 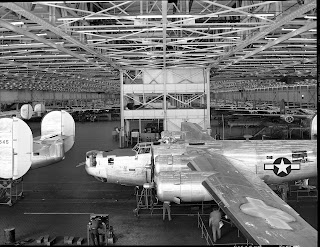 Here we see the 90 degree turn made between the  assembly line and the finishing hangar. That turn was caused because the assembly plant was so huge that when constructed it would stretch out of Washtenaw County and into Wayne County. The government of Wayne County wanted to tax the property if the factory extended into their jurisdiction... 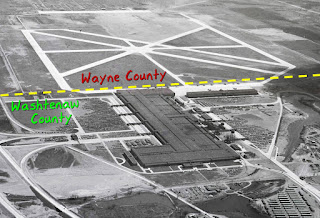 ...So, the Willow Run B-24 assembly plant was built in a "Z" shape. This was not only because Henry Ford didn't want to pay property tax to Wayne County, but also because that county had voted Democrat in the previous election and Ford was a die-hard Republican. Washtenaw County had gone Republican in the election and Ford wanted his tax dollars to stay in that county. 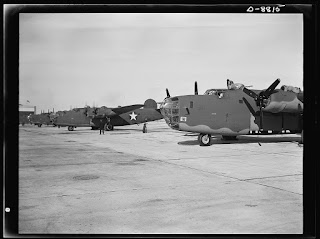 Wayne County got even with old man Ford, however. Knowing that the airfield was in their jurisdiction the politicians in Wayne county passed a bill that taxed the maiden takeoff of every new aircraft that left the ground at the Willow Run airfield. 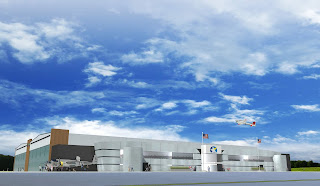 Right now the Yankee Air Museum is making great progress toward turning the remaining hangars of the World War II bomber plant into a world-class aviation museum. But they still need your help. Click on the picture of the future museum to see how you can help.

What about those aircraft carriers on the Great Lakes?

Whenever I'm doing a book signing that question always comes up. My answer, of course is that the whole subject is covered in detail in the book.

Indeed there were two aircraft carriers on the Great lakes during the war... 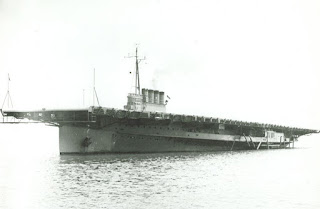 First of the fresh water flat tops was the WOLVERINE 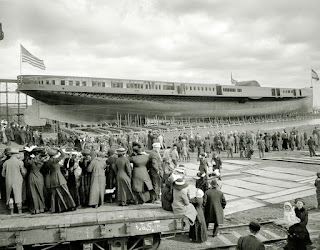 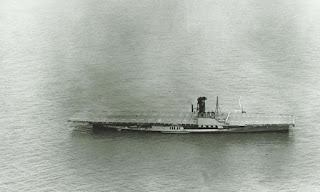 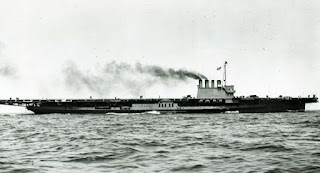 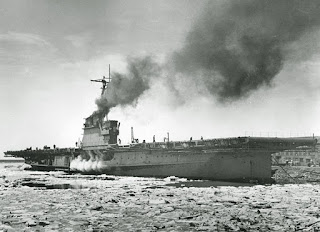 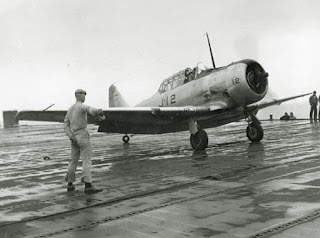 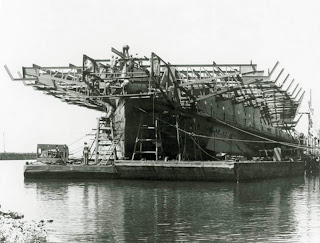 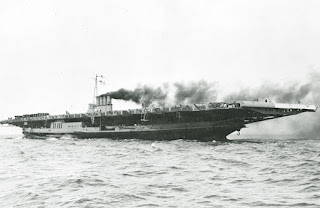 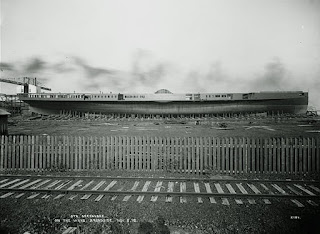 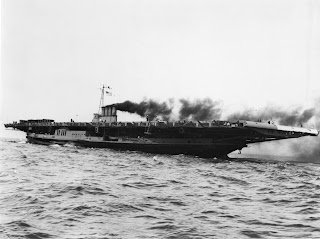