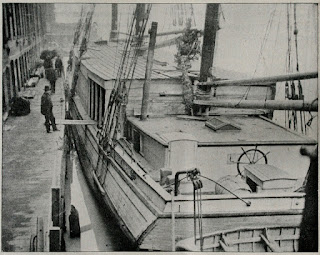 In this holiday season we often see or hear the story of “The Christmas tree Ship.” Indeed, it was popularized in Dwight Boyer’s book “Great Stories of the Great Lakes” in 1966. Yet in repeated versions of the story there are some important facts that are rarely, if ever mentioned.

For those of you not presently familiar with the story of the Christmas tree ship and her wreck it is good to do a bit of review. The schooner ROUSE SIMMONS was 123 feet long and had been constructed by Allen, McClelland & Co. in 1868 at Milwaukee, Wisconsin. In 1893 she had been purchased by the brothers August and Herman Schuenemann to haul general freight around the lower lakes. The brothers supplemented their seasonal income by hauling Christmas trees down from the northern Lake Michigan ports to the big city of Chicago where the businessmen and industrial workers snatched them up like holiday candy. On November 27th, 1912 (which Boyer erroneously lists as 1913) the SIMMONS was pounded down by a gale while she had aboard a full load of Christmas trees and a crew of sailors and lumberjacks totaling 16 souls- including her captain, Herman Schuenemann. There were no survivors. She was missing until divers found her 59 years later in 165 feet of water 6 miles northeast of Rawley Point in Manitowoc County.

Holiday legend surrounding the Christmas tree ship has grown over the years spread in large part by the Internet and social media as well as news outlets looking for a seasonal filler story. Recently I saw Captain Herman Schuenemann monikered as “The Santa Claus captain.” Folks- Captain Herman Schuenemann was not a kindly, jolly man who delivered trees to those in need and then sat with children on his knee and asked about their fondest Christmas wishes. He was a business man and the SIMMONS was his family business. Every one of those trees he purchased from the lumber camps and then hauled down to urban Chicago to sell at a handy profit. Normally the operations of a schooner had a margin of profit so narrow that such a final trip of the season represented the entire season’s profit. You can bet that as the Schuenemann family made those Christmas tree trips they didn’t give away a single pine needle. This was a profitable venture that kept the family business running. That’s why they did it for more than a decade. 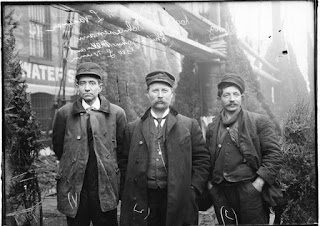 The part of the story that you rarely, if ever are told is that Captain Herman Schuenemann, was not the only skipper of a Christmas tree ship, there were in fact may others. Interestingly, Captain Herman Schuenemann  was not the only one in his family business hauling green joy down the lake… he had a brother, who was also lost when his tree-hauling schooner was swallowed by Lake Michigan. August Schuenemann was engaged in the Christmas tree trade before his brother Herman became a vessel master. He too was not in it for the purpose of bringing holiday joy to the masses in Chicago, but to instead round out the sailing season with a profit. In November of 1898 August Schuenemann was the master of the schooner S. THAL. The boat had taken aboard a full load of trees at Sturgeon Bay and headed to Chicago. Built in Oshkosh, Wisconsin in 1867 the THAL was just 75 feet long, 20 feet wide and 4 and ½ feet in depth. No doubt she was loaded to the gunnels as the Schuenemann family was determined to get every penny out of this trip.

Lake Michigan put an end to Captain August Schuenemann’s career as she whipped up a heavy gale and on November 9th, the THAL came ashore… in pieces.

Parts of the little schooner were scattered along the beach from Glencoe to Winnetka. Her stem and her lifeboat both washed up as the largest hunks of the boat. No bodies were reported as recovered and the THAL with her crew of three never became a part of Great Lakes Christmas lore. They were just a small footnote the November 10th storm that raged through following day. Thus, the THAL along with her crew and Christmas tree cargo were forgotten. So, you almost never heard of the other Christmas tree ship that was commanded by the older brother of the legendary Christmas tree ship. That’s the problem with legends- they tend to over-shadow the truth and fill the gaps with holiday sweetness. 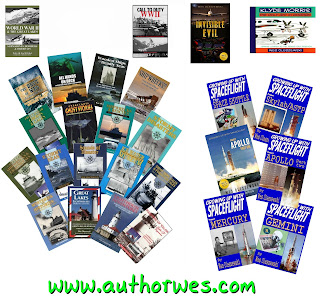 If you didn't get what you REALLY wanted for a gift
try my web site HERE
Plus get your book autographed and personalized!

Posted by Wes Oleszewski at 1:03 PM