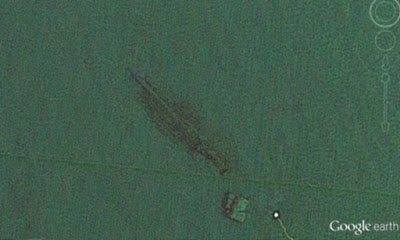 Originally launched as the double decked freighter IRA H. OWEN in 1872 and later renamed MONOHANSETT on January 22nd 1882, this 160 foot long wooden steamer was a workhorse on a slim budget. Manned by a crew of only 12, which was legal in 1907, the boat was hauling coal when in the vicinity of Thunder Bay. 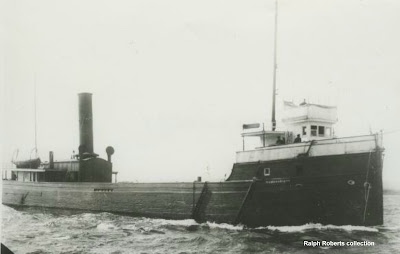 She suffered the fate of many a wooden vessel when she caught fire on November 23rd, 1907. Her captain managed to get her near Thunder Bay Island and the life-saving station before her crew abandon the vessel with nothing more than the cloths that they were wearing. No one was killed in the accident, although two of her crew suffered some minor burns. 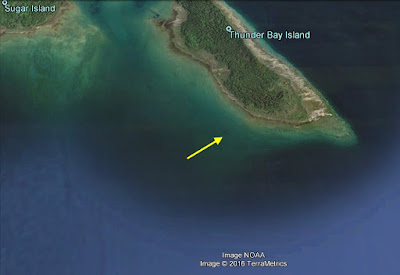 The boat's remains rest today just off the southern tip of Thunder Bay Island in about 18 feet of water (depending on the seasonal level of Lake Huron). 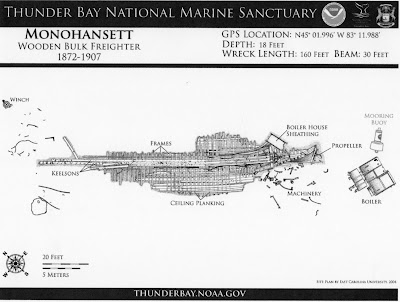 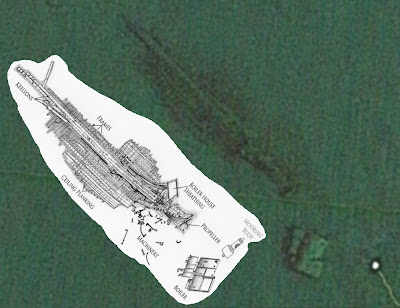 She is a part of the Thunder Bay National Marine Sanctuary and can easily be seen on Google Earth.

Okay... so I go into a lot of detail. If, however, you like that sort of stuff take a look at  this book. Hey, it's just a suggestion... not like I'm huckstering... of course my kid just came back from the orthodontist and you can imagine the bill...