WRECKS THAT BUG YA' 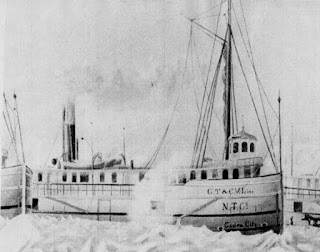 Anyone who has done a lot of shipwreck research knows that there are just some wrecks that, as my late dad used to say, “Stick in yer’ craw.” Frankly I prefer to say that they haunt you. Indeed I have several- they are the wrecks that you simply cannot find enough information on or what information there is happens to be conflicting in one way of another. This little tale is about a little enigma by the name of GARDEN CITY.

I first came across the GARDEN CITY while writing the story of her fleet mate and near sister OSWEGATCHIE. The GARDEN CITY stuck with me, although I had enough information to write a whole chapter about the OSWEGATCHIE in one of my early and now out of print books. (I resurrected it my book “The Best of Wes”, I despise that title, by the way… it was the publisher’s idea and they refused to change it. But it has some of my favorite work in it and it still sells, so my wife won’t let me complain… around her anyway.)

GARDEN CITY was a former passenger and roll-on cargo vessel on Lake Ontario that found herself, like her sister, hedged into obsolescence by the expanding railroads and the coming of larger vessels. Built in 1873 for the Northern Transit Company she was one a fleet of just over a dozen nearly identical 135 foot long steam propellers. They were deliberately constructed to fit the locks of the old Welland Canal.

Just a few years after her construction, however the N.T. line fell on rude financial times. On December 29, 1875 it was announced that the entire fleet would be sold at an Assignee’s sale. That sale for the GARDEN CITY and her fleet mates MAINE and CHAMPLAIN took place where they were last laid up, Toledo, Ohio on January 6, 1876. By 1879 the GARDEN CITY was owned by Frank Gilchrist. His objective was simple; cash in on Michigan’s booming lumber industry. With that in mind the boat was taken to Alpena and cut down to a lumber hooker. Here mid cabins were removed and her sides cut lower to facilitate the hand-loading and unloading of the lumber shovers. She went promptly into hauling board feet of fresh timber.

GARDEN CITY went about her business until in the spring of 1897. She was moored for the night at Alpena, Michigan when the trouble began. Everyone aboard was asleep at 3am as a fire broke out between her smoke stack and its surrounding timbers. The fire was extinguished, but not before it consumed her aft quarters and engine room. The boat’s machinery was saved, but her aft section had to be completely rebuilt at a cost of $3,000. She was uninsured and thus ended up being sold in 1898 to John J. Boland.

On Friday evening, October 10, 1902 she had just finished unloading a lumber cargo at Bay City, Michigan and was heading to Saginaw for winter lay-up. She again caught fire and this time she burned to the water’s edge.

And that folks… is where the information ends.

You cannot find a mention of her in any of the local news papers. Of course it doesn’t help that the Bay City Times apparently had no one doing “Marine Matters” in that time. To make the matter worse she burned late on a Friday and in that era of hand-set type newspapers most of Saturday’s paper was already composed and laid out by late Friday evening and pretty much all of the Sunday papers were fluff pieces done in advance, so the paper’s staff could have the weekend off. So the story of a burned lumber hooker in the river minus any fatalities was easily overlooked. What news items are in the marine columns of other papers of the era are either exceptionally brief or have some conflicting details. Some reports that have been passed along to us as history say she burned, “…on Saginaw Bay, three miles south of Bay City.” Which is really hard to do since Saginaw Bay is located four miles north of Bay City. Odds are that published error began with an October 15, 1906 Detroit Free Press drama article about the bad luck of the N-T fleet. Most more reliable articles say that she burned south of Bay City, but the distances are stated either as three miles or four miles south.

This wreck quietly nagged at me for quite a while. Of course what often happens is the answer pops up when you’re not looking for what you once were really looking for. In the case of the GARDEN CITY I was looking for a totally different wreck along the Saginaw River and had gotten a CD or aerial photos from the US Geological Survey. The set that I requested was from October 29, 1965 and runs the entire length of the river.

These photos come in a .TIFF format and are high resolution. While examining one of the frames, just at the southern tip of Bay City’s “Middle Grounds” I spotted a well defined outline of a vessel! The water, although highly murky, was apparently quite low at the time of the photos. An earlier 1954 USGS image of the same area does not show her at all, yet a partially sunken scow barge nearby is clearly visible.

Using Google Earth I measured the location to be about 3.6 miles south of the city limits as they would have been in 1902.

But, was this the GARDEN CITY or was it one of the two tugs that had sunk in the same general area? How do you measure its length from a USGS photo? There is no real exacting scale on the image. But there is one certain landmark in the image that can be measured.

In the lower left of the image is James Clements Airport. Runway 5 on that airfield is exactly 75 feet wide. Zooming in on it I imposed a digital arrow across the runway. That gave me a 75 foot long measuring stick. By transposing that onto the wreck in the same image I was able to estimate it’s length at between 130 and 140 feet. The length of the GARDEN CITY was 135 feet.

Of course, just one measurement isn’t good enough… at least not for me. So I did a bit more searching. On Google Earth’s 2014 view of the same area you can just barely make out the wreck.

One side of the outline can be seen and, most importantly, a small portion of her keel can also be made out. Using Google Earth’s measuring stick, which I know is not hugely precise, I set two lines, one for the keel segment and one for the beam segment and measured between them. The distance, which would equate to ½ of her overall beam was approximately 12 feet. The overall beam of the GARDEN CITY is listed as 26 feet.

Now, none of us can ever be 100% sure and put a name onto a river wreck like this without a definitive photo showing her name or a name board itself. That said, the other tugs lost in this area are the KATY REID, which was identified by me as being well inside the north channel of the Middle Grounds and the L.G. MASON. Which is listed as only being only 122 feet in length. Thus both are disqualified.

In my opinion, this is the GARDEN CITY.

And now it's time for shameless self promotion...
If you like my writing, try my books! Those that are
still in print can be gotten HERE directly from me.
In fact I'll autograph and personalize them for you,
or for whoever you wish. My prices are the same
as my publisher, or Amazon- but you'll be
dealing directly with me, the author! 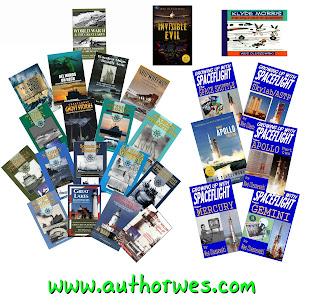